You are here: Home / Spirited Thoughts / On Leaving the Church (again)

An Open Letter to St Matthews…

I was in St Matthews in the City on Sunday. As is my custom, I had delayed my flight back to Christchurch so I could attend. St Matthews was the last refuge for me, a place unashamed of being progressive, a place where questioning and doubt was allowed. It had more recently become less comfortable, but it remained special as one of the only places of connection for me, after a lifetime of living and working in the Anglican Church.

The last straw was Sunday – it was a seemingly insignificant thing. It was a well-known hymn with a tune most people did not know. It was not the hymn, but the fact that it was sung to a tune hardly anyone in the congregation knew. The hymn was rendered an organ solo and not a communal act of joining together in song.

It was not the first time this has happend, it has happened many times before, but this time it caught me unawares, it struck me with force, it knocked me over.  I sat down wondering what had happened to me.

What stood out with certainty to me was that the congregation did not matter.﻿

For me it was one step too far, a straw to break a camel’s back. And with that straw my last refuge in the Anglican Church was no longer a safe place – my heart broke and tears flowed.

That hymn was a symbol of the disconnection between what happens in the front of the church (the important stuff) and what happens in the pews (peripheral).  Inherent in the architecture of most Anglican churches is this disconnect between the front – the holy, the separate, the ordained, the special clothes and the pews where lay people sat. In some churches a screen separates the two – in these churches the squire and royalty sit in the holy place not the pews. This architecture underlines what is important and gives value to it.

The Anglican liturgy is a reflection too of this division between holy and the others.  The NZ Prayer Book made some allowance for simpler services, with less pageantry, but they are rarely used, apart from in homes and by bedsides.

So the service begins – we stand to sing a hymn usually about God’s greatness, we say the Gloria – always about God’s greatness.  We ask forgiveness for our sins. This theme of God’s greatness and our sin and our need continues through the prayers, the great thanksgiving, and our taking of communion.  We occasionally sing a song (if it is singable), and we repeat some responses (or sing them).  It is not until the final act of the service that we are told to Go out and be God’s people in the world. 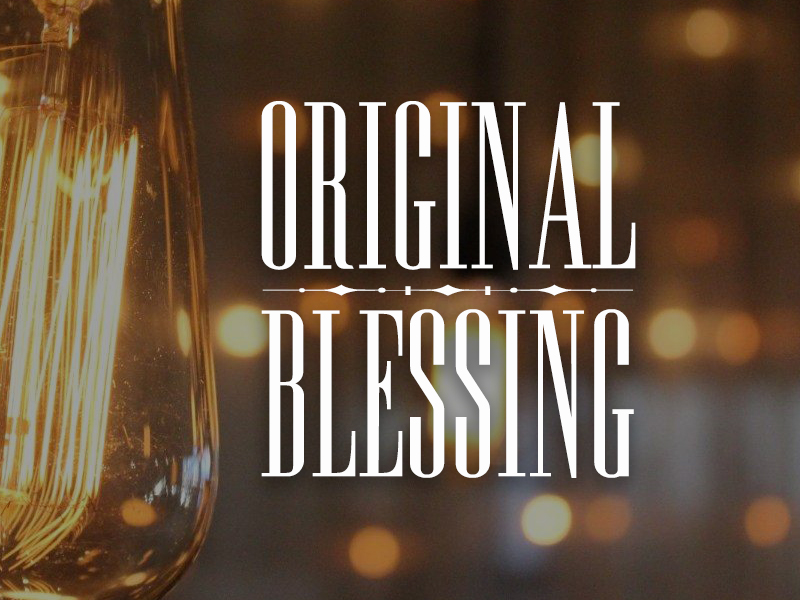 Since reading Matthew Fox’s book Original Blessing 30 years ago,  I have embraced a theology in which we are partners with God in God’s world.

I am not a miserable sinner (though God knows I am not perfect).

I am blessed – made in God’s image, at work with God in the world I live in.  I come to church to celebrate that mystery, to make connections with other stories in my community, to gain strength for the journey

The Anglican Church has been my spiritual home since I was born. As my dear friend Judith Dale used to say, Christianity and the Anglican way is my mother tongue.  I grew up as a Sydney Anglican, I went forward at a Billy Graham Crusade, I studied Biblical Studies at University, became a charismatic, lived in Christian Community on the Coromandel and at St Pauls, I worked in the Anglican Church, managed the St Pauls Outreach Trust, sat on Synods, helped to set up the Christian feminist Women’s Resource Centre, chaired a national board of theological education, ran a programme called FutureChurch with Methodist funding support.

More recently my relationship with the Church has been a love hate relationship as I saw it become more and more insular and less connected to the world around it. The gay lesbian battle was a part of it, but not the whole story – you could still find a few places where full acceptance was taken for granted. St Matthews in the city, the rainbow Church, the Methodist Church, the Quakers.

The focus is on those up front imparting blessing, music and knowledge.  The focus is not on gathering up in the Liturgy – the Work of the People, the stories and struggles and questions of those who gather.  This is entirely possible to do within the Anglican Liturgy, but not without work, because the liturgy reflects the normalcy of the buildings, which in turn reflect God’s otherness and our insignificance.

Liturgy as the work of the People

The challenge is to rediscover Liturgy as the work of the People, to focus on empowerment and gathering the stories of those present into the great story of God’s presence in our world.  To touch people’s souls.

I spent some time on the Liturgical Commission and I worked with Father David Balfour on Liturgy at St Pauls Symonds St.  There he taught this conservative evangelical from Sydney, the power of the drama of the liturgy, the power of a ritual done well to speak to people and to transform lives.  I learnt that every action in the drama had a purpose, and we needed to make sure that purpose was what was intended.  We had to gather the people up into the grand redemptive drama.

Major festivals like Christmas and Easter were not services to be organised, but dramas to be re-enacted and claimed for its relevance in our lives now.  As members of the congregation we were invited to relive that drama and let it connect with the story of our lives.

I vividly remember the service at St Pauls where we gathered after the Springbok Tour.

It was like a hospital ward – my flatmate Tim had no front teeth (from a police baton), someone else had a broken collarbone.  There was the policeman who had been on the other side of the fence. There were the many who had marched against the tour and the few who had opposed our involvement.  In that remarkable service we gathered up all those stories into the mystery of God, we sat with our pain and confusion in the presence of God. There was no rush to answers and healing, but there was a desire to remain connected in all this confusion with each other in this community and with the mystery that is God.

So it is possible…. But no-one seems to have the courage any more to do it…

I don’t know how to finish this, except to say goodbye and good luck.

PS I have had an ‘official’ response to this letter, which is pretty much good luck with your life, rather than an invitation to a conversation.